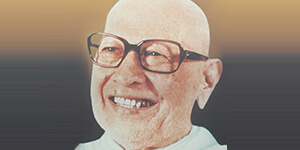 The person who brought a new revolution in Jain society and explained our soul’s features. The one who explained true path of liberation for continuous 45 years. As Shri Krishna’s flute makes people immersed, our Sadguru Dev Shri Kanji Swami’s divine tune, way of speaking makes people delightfull. The person whom people called sea of peace, sun of knowledge, idol of mercy, pillar of Jainism in the present modern world. He was not a God but a man who told us about God. The creator of spiritual era. He was none other than PUJYA GURUDEV SHREE KANJI SWAMI.

Pujya Gurudev Shree Kanji swami was born in Umrala village Gujarat, on Vaisakh Sudi Dooj Vikram samvat 1947,Sunday, in the early morning. His mother`s name was Smt. Ujamba and father`s name was Shri Motichand Bhai. He belonged to Sthanakvasi Jain family. He was tall, handsome boy whose eyes showed unprecedented personality of high intelligence and strength. He always stood first in school and in Jain pathshala. He was not satisfied by this worldly study. He had an intense feelings, that ‘what I am searching is not this’.

Once his pain for searching what he wanted was so intense, like that as a child separated from his mother & what is his condition that way Pujya Gurudev by the separation of truth once wept too much. He was always searching for the truth as he was of religious mind. He was called BHAGAT. At the age of 22 he decided not to marry and then observed austerities in Sthanakvasi Jain. He read many Shwetambar Scriptures and preached in so impressed way that people called him ‘KOHINOOR OF KATHIAWAD’.

He was a hard worker and he said that, by hard work one can bring his cosmos to an end. He was not satisfied till the time he found one great sacred scripture namely SAMAYSAR written by Aacharya Kundkund. After getting that he attained what he was actually wanting and searching. He achieved unprecedented joy by reading this sacred scripture and from there came a revolutionary change in his life. He abandoned Sthanakvasi Jain religious sect and declared himself as accomplisher of ATMA and celibate follower of DIGAMBAR JAIN DHARMA on Chaitra Shukla Trayodashi, Tuesday (Mahavir Jayanti) Vikram Samvat 1992 in front of Lord Parshvanath’s photograph in STAR OF INDIA (Songarh). This made a commotion, became terrible opposition, but for the truth, he left what he felt untrue and came at songadh, he then set down alone in lonely place and flow of people automatically turned towards this true GURUDEVSHRI. After hearing his speech, hundreds of knowledged personalities became surprised and started praising the goodness of Gurudev. He was preaching SAMAYSAR, NIYAMSAR, etc. scriptures. He showed form of 9 elements, form of SyadVad. He left his pupil disabled on Vikram Samvat 2037, Maghsir Krishna Saptami, Friday (28-11-1980) at the age of 91years.

He was a glorious personality. His substance was of “Teerthankar”and to be born in such Shri Gurudev’s era is one of the most rare opportunity.

Teerthdham Mangalayatan was built by the auspicious manifestation of respected Gurudev Shree, his devotee hon’ble CHAMPABEN, all other judicious great personalities and by support of co-religious kinsmen.

Ignoring mundane topics such as dietary prescriptions, on the basis that all Jains should know about such matters, he directed his teachings to the subject of the soul and to Acharya KundKund’s representation of it as the one eternal and unconditional entity. Kanji Swami’s insistence on the primacy of the absolute level of truth over the relative one of ordinary life is obvious from his frequent comment: "Please try to understand. No soul, with or without knowledge, has the slightest ability to move even a particle. In such circumstances, how can it do anything to the human body, or to any other thing for that matter?"

For him Samyak darshan (right faith) was a prerequisite to any meaningful progress upon the spiritual path. "The real path lies in self-experience of the soul after securing itself in Samyak darshan". He was convinced that the three jewels of Samyak darshan, Samyak gyan and Samyak charitra (right faith, right knowledge and right conduct) could only function effectively on the basis of a prior experience of the soul, and considered the various rituals and merit-making practices as subordinate. In an interview in 1977 he denied being hostile to the traditional Jain monk-hood and regarded them as personifying the fundamental principles of Jainism. However, he also pointed out that taking up formal initiation and behavioural practices, like the abandonment of clothes (common for Digamber monks) and other possessions, could not make an individual a true monk unless he has abandoned internal possessions as well.

By now the following has grown quite large and the small house became inadequate so his devotees started building a project at Songadh in 1937, which culminated in the ‘Digamber Jain Swadhyay Mandir’. In honour of his favourite scripture, one of his devotees, who later become the leader of his following, Bahenshri Champaben, installed the Samaysaar in the main temple and the words of Acharya KundKund’s five main treatises have been engraved on its walls. A temple dedicated to Shrimandhar Swami was consecrated in 1941.

Kanji Swami travelled on pilgrimage throughout India where he gave discourses and consecrated many temples. In 1980 he visited Kenya and installed many images of Tirthankars at temples in various towns. He had a profound impact on one particular family in Mombasa, the Bhagwanji Kachra family, who have continued their support to-date and even in London take a very active role at the Digamber Jain Mandir in Harrow. After a very dynamic and undoubtedly a revolutionary life, Kanji Swami left for his heavenly abode in a state of Samadhi on 28th November 1980.